Is it justified to warn people from traveling to Turkey?

Turkish foreign minister Mevlüt Çavuşoğlu invites German citizens since 11th of June to cross borders, this is good news for many. Turkey is the third most favorite holiday destination for Germans and many have family members, friends and partners in Turkey. However Germany sticks to its travel warning for Turkey, is this really justified?

Of course, one immediately thinks of pandemics as good reason to be careful. Especially because 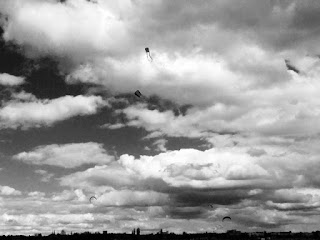 there are so many who wait to safely travel to Istanbul or Turkish coasts, it seems reasonable to prolong a travel warning. Additionally, the number of infected people rose significantly in Turkey in the last weeks since measurements regarding COVID have been seized and people can go to restaurants again for example. Turkey, just as any other 'third country', is still under Germany's travel ban.

Italy and France on the other hand, that are not 'third countries' but contract partners are open for German citizens to spend their holiday there. Although pandemics hit both countries much harder than Turkey and the disease seems to spread again in parts of Italy, Heiko Maas declared those countries as safe. His actions seem to be paradox in recent times - thinking about his visit to Israel early June during lockdown. Even though Israels politics call for diplomatic action, a foreign minister  as an individual should act in line with his or her political decisions that concern a wider public.

Further it is surprising that the foreign ministry changed its text on the website referring not only to pandemics regarding the warning but also political circumstances. They point at the fact that many German citizens have been taken into custody arbitrarily because of assumed connections with terroristic groups and emphasize the risk for journalists who express themselves freely. This criticism is certainly justified but it should have been articulated in another place and made more clear much earlier. In my opinion, mixing health issues with a critique of another countries politics is not reasonable.

One should think how it is perceived by Turkish and German citizens who wish to visit loved ones, but can't while others are allowed to take their families on a holiday to lie on the beach in Italy or Croatia.
Eingestellt von Verena Niepel um 02:54 Keine Kommentare: