Doing a job outside of academia during pandemics 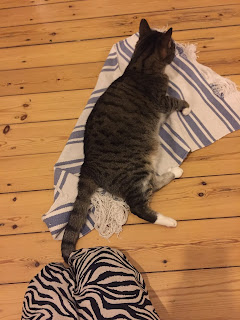 Doing a job outside of academia during pandemics makes me realize that it is not just me doing lonely desk work.

After working on my academic project about the formation of an art scene in Berlin I decided it was time to go to the city and experience its cultural sector from a more practical perspective.

On the first day of my job at a renowned cultural organization in Germany’s capital, me and an intern were the only two people in the office. Everyone else was working from home to be able to do one video call after the other without disturbing colleagues.

Although I am now located in “Mitte”, a district in the middle of Berlin and am communicating with external clients every day, everything felt distanced and abstract. I was hoping that a job outside of academia would be more satisfying in this pandemic situation. I was wishing for more intimacy and to see the effects of my work immediately.

Indeed, the distance to other people became much clearer compared to the feeling I had when I was working in my academic ‘ivory tower’. As long as I knew I had to do online or distanced fieldwork because it was an official measure and an ethical standard in my academic realm I did not even question that this distance is created artificially. I assumed it was just me and other scholars being very aware that the researcher and the subject of research cannot be the same.

This pandemic situation, which is getting more severe again, makes borders between us more visible. I was wrong when I thought those borders were created through studying reality and the process of abstraction in a scholarly context. Those borders are existing already before I investigate them, I just make them more visible.